April 3, 2019: According to Channel News Asia, Malaysian investors are getting into Japan to boost up the country’s halal food and beverage offerings in preparation for the 2020 Tokyo Summer Olympic Games,

To cater to Muslim tourists, a halal central kitchen in Japan has been established in southern Japan to supply ready-to-eat packaged halal food to restaurants and hotels in Tokyo.

The kitchen, Halal Kitchen Raku, is the result of a joint venture between Malaysian company Bangi Golf Resort food service and Japanese firm Curetex Corporation. On Wednesday, April 3rd, it received the halal certification from the Department of Islamic Development of Malaysia (JAKIM).

Mr Soh Chung Ky, the director of Bangi Golf Resort, added that Halal Kitchen Raku is planning to work with the official Tokyo 2020 Olympic organizers to deliver food to tourists and athletes alike.

“So when we want to supply to such a huge number of people for the Olympics, we are not just making sure the food is halal certified but it also has to come with the assurance that the food preparation methodology are of a certain level. We are confident to be able to live up to the expectations of the Olympic council,” he added.

According to Chairman for Curetex Masaki Fujishiro, the kitchen had already been certified halal by the Nippon Asia Halal Association (NAHA). However, he requested a higher standard of halal certification in order to cater to the Muslim tourists that will be travelling into Tokyo for the upcoming Olympic Games.

“NAHA is a local association, which is not as famous (as JAKIM), and not as trusted by overseas consumers. JAKIM is considered the  number one (halal) certification body all over the world,” said Mr Fujishiro.

Aside from the halal central station, Mr Sirajuddin mentioned that JAKIM is working with Japanese restaurants to help them become certified as “Muslim-friendly” in a way that does not disrupt their regular business. As many restaurants in Japan serve alcohol such as sake, a full halal certification may not be suitable. However, under JAKIM’s guidelines, a Muslim-friendly restaurant can continue to serve alcohol while providing halal food, with Halal Kitchen Raku supplying them with pre-packaged halal meals that can be heated up.

These Muslim-friendly restaurants are also required to include new processes in order to ensure that they can safely serve Muslims as well as their normal customers. Some of these processes include using a dishwasher that allows all the plates and cutleries to undergo “ritual cleansing” after use and different cutlery sets for halal and non-halal foods.

“There must be separation of cutlery, based on colour. The black and white cutlery will be used only for halal food and the rest of the colours will be used for non-halal food,” he said.

The deputy chief executive of Malaysia’s External Trade Development Corporation (MATRADE) Mohd Mustafa Abdul Aziz said that Japan has been very receptive to the halal concept due to the importance of cleanliness in Japanese culture.

“Japanese firms stress the importance of cleanliness for the whole supply chain – from farm to table. They see halal as a premium standard, they don’t relate it to religion but rather see it as a way of life they want to adopt,” he said. 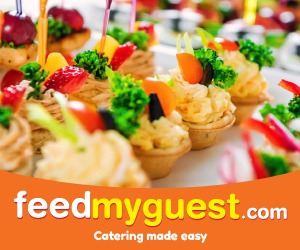